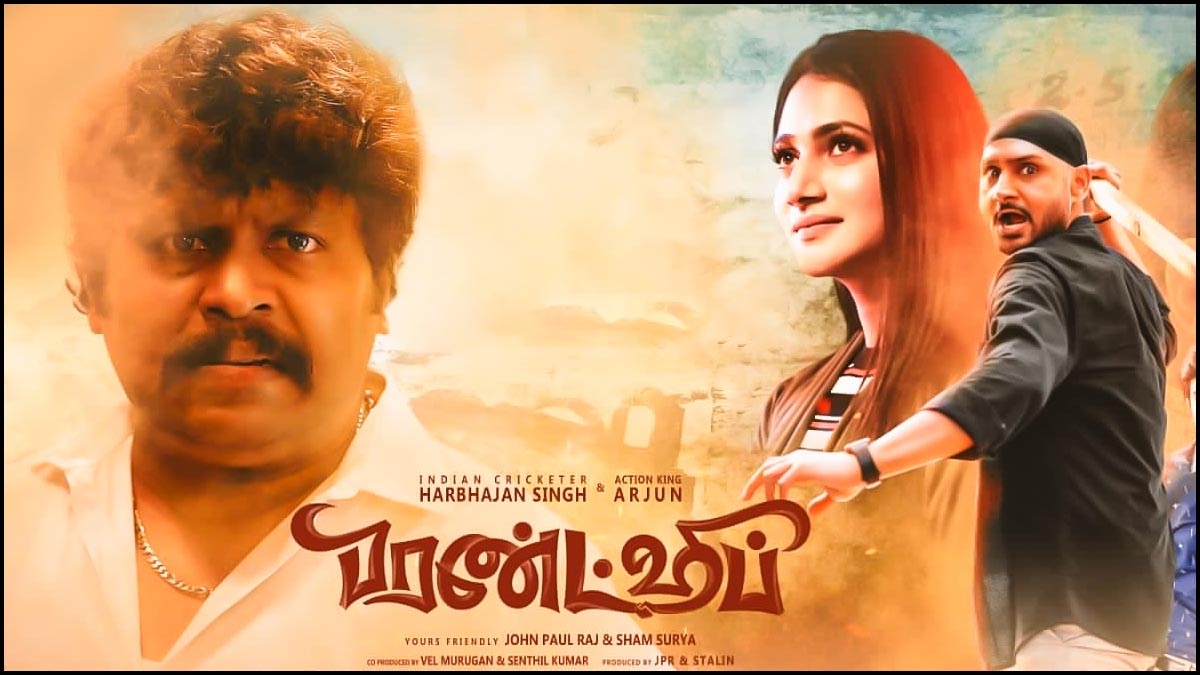 Friendship – A racy campus thriller with a strong message

Losliya Mariyanesan has gained a huge fan following after appearing on ‘Bigg Boss 3’ hosted by Kamal Haasan.  Legendary cricketer Harbhajan Singh has endeared himself to Tamil fans after his famous tweets in Tamil that continue to this day from his CSK days.  ‘Friendship’ has cast these two charismatic but unlikely pair in a thriller with a strong message set in a college campus.  Will the film strike a note with all sections of the audience remains to be seen.

The story is set in an engineering college where Jeeva (Sathish), KPY Bala, Shakti and Prabhu are first-year students belonging to the mechanical department.  Bhagavat Singh aka  Bhajji a Punjabi who loves Tamil and its culture joins them and soon becomes their leader.  Like most other M.E. batches theirs too is all-male and they have resolved not to mingle with females.  In comes Losliya a new student who is full of charm and at the same time the ability to boldly tackle the faculty, seniors and her chauvinistic classmates.  Slowly the boys are drawn towards her and a ”Friendship’ develops into a strong bonding.  Shocking tragedies strike, the culmination of which is the boys find themselves in prison accused of murder.  What happens next is what the screenplay is all about. 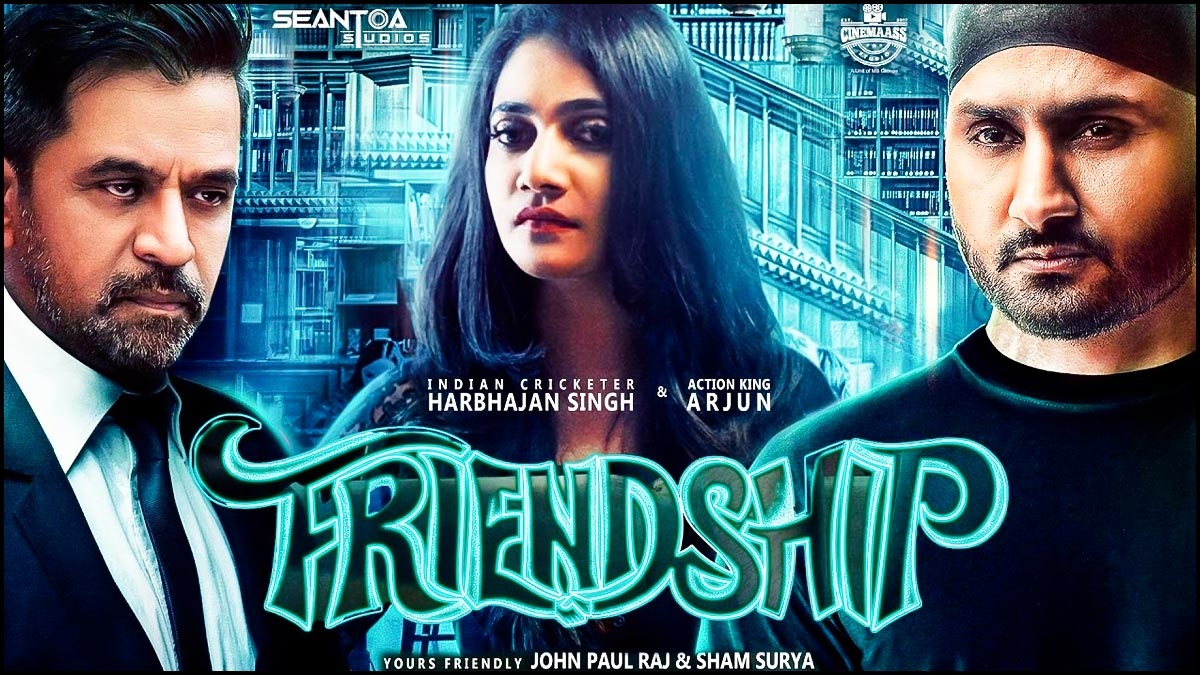 Losliya on debut has retained the charm she exhibited in ‘Bigg Boss’ and emoting comes naturally to her. Right from her entry, she becomes the center of attraction and easily manages the variety of expressions that the script demanded.  She is most effective in the interval scene when making an emotional speech after building an innovative apparatus.   Harbhajan Singh as Bhajji looks a little off sync in the initial scenes but gradually gets better and shines in the action sequences.  His fans also get a thrilling cricket match that has its own twists and turns that will satisfy them.  Action King Arjun appearing as the vigilante lawyer Shailendhar is the show-stealer of the film.  His agility in the fights has not diminished one bit with age and he also dominates in the court scenes owning a better par of the second half.  This is one film in recent times that Sathish gets a meaty role on par with the hero and his performance is effective even in the emotional scenes.  M.S. Bhaskar stamps his seniority as a grey-shaded lawyer while the late Venkat Subha and producer JSK Sathish are subtly menacing as the villains.  KPY Bala tickles the funny bones while newcomers Shakti and Prabhu as the other classmates also make their mark.  Monica in the key character of Madhu the crippled girl is adequate. 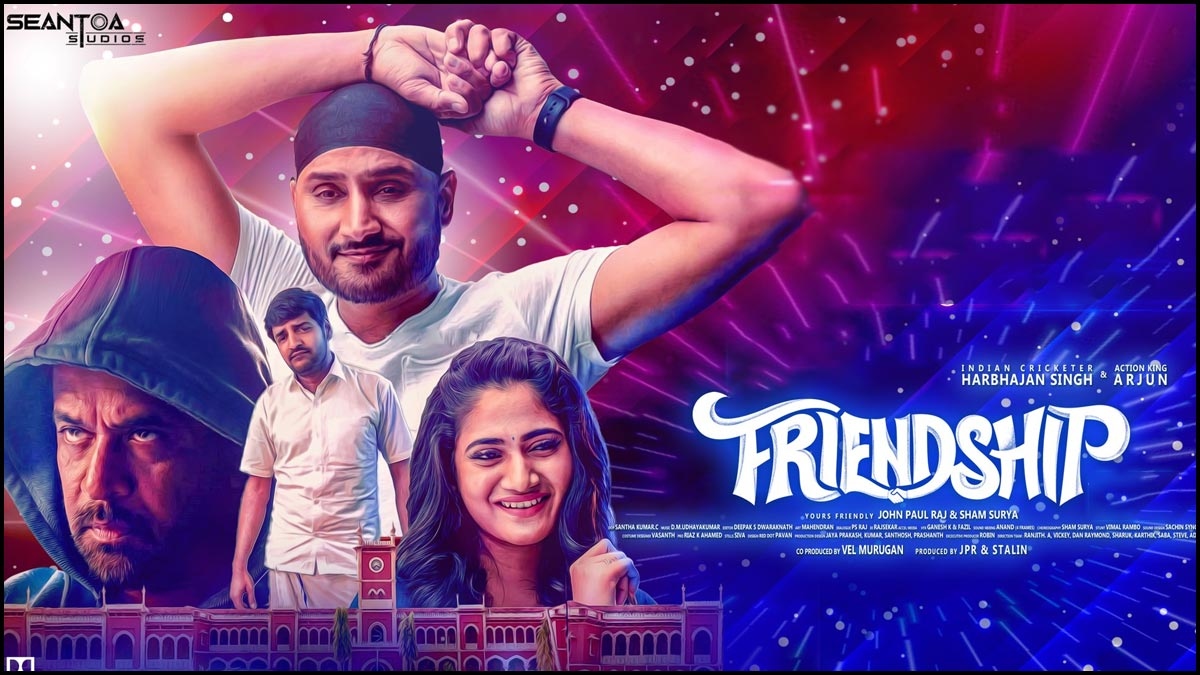 What works best in ‘Friendship’ is the entire first half which is loaded with engaging elements such as campus rivalry, the building of friendship between the boys and the girl, the group combining to develop an apparatus.  The nonlinear narration also helps in the racy movement of the screenplay. The unexpected tragedy and consequences hold the interest in the second half.  The reveal of who Arjun is and why he becomes a vigilante is also interesting.   The graphically recreated cricket match provides value to Bhajji’s presence. as well as the rich production

On the flip side, the friendship between Losliya and the boy develops in a very generic manner seen often in the past which hinders the audience from being fully involved with the characters.  Losliya’s backstory is also not very convincing and her character having two tragic elements has diluted the emotional quotient.   In the crucial hospital scene, the reactions of the boys to the fate of Losliya could have been handled better. 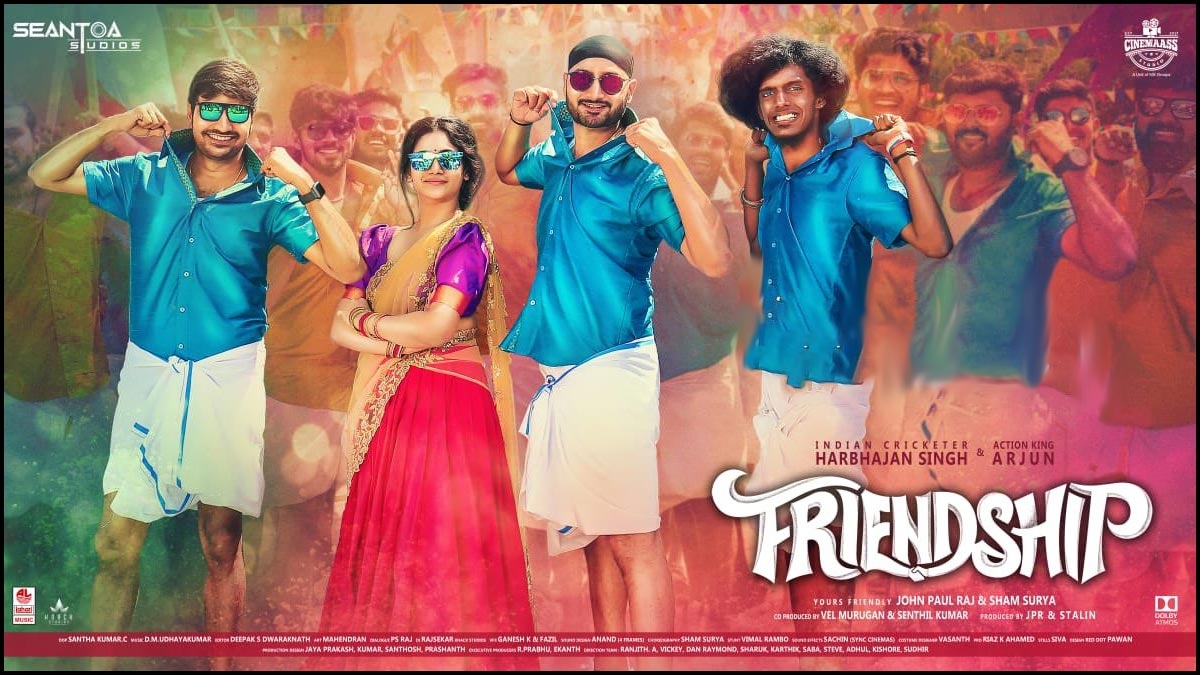 Debutante cinematographer Santa Kumar is the biggest plus technically for ‘Friendship’ providing pleasing visuals in the campus scenes and the contrasting eerie lighting of the gruesome ones.  Deepak S Dwarakanath’s “Superstar” anthem and “Friendship” anthem are foot-tapping but his background score is generic.  Seantoaa Films and Cinemass Studio have provided rich production value to the film. It is appreciable that they have completed the film in the pandemic situation and are bringing it to theaters. Producer cum Directors John Paul Raj and Sham Surya have adapted the Malayalam hit ‘Queen’ and have turned it into a racy thriller which is engaging for most parts.